You might have played many cricket games on your mobile but I am sure you never got a chance to play a game that is more like a real game of cricket yet. Until now you had no options to challenge the field umpire’s decision in many video games as many players do in real cricket matches when they aren’t happy with the decisions that go against them. But now you have an opportunity to challenge umpire’s decision. If the third umpire finds no clue or evidence via DRS, Snickometer, Ultra edge etc then he can revert field umpire’s decision in favor of you. So start you cricket career with World Cricket Battle right now.

Creative Monkey Games has tried its best to provide you with a gameplay that resembles very much similar to that of a real cricket. Enjoy the smooth and sleek graphics of World Cricket Battle (WCB). It does possess all features you witness on the cricketing field in different tournaments, leagues, and series in the world of cricket. Start your career in a stadium that you like the most. Get a cap from your captain or other senior players on your first appearance. Play well and be part of the team in various tournaments such as World T20 Championship, PPL, ABBL and plenty more.  Play in a very unpredictable condition such as rains, drizzles and more. Do not bother about the results as it implements the D/L accurately and wisely.

World Cricket Battle game is first of its kind to have a dressing room. It allows you to choose a Jesersy of your own with name and number.

WCB is a super cool game with most realistic gameplay. Play your own natural and favorite shots such as cover drive, uppercut, hook, pull and more since it features more than 40 batting shots. As a bowler, you can bowl Leg spin, Off spin, medium, and fastballs.

Moreover, it includes fantastic and beautiful stadiums where you enjoy and carry forward your career. 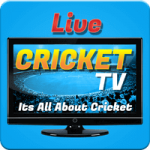 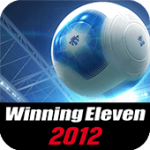