Rowdy Wrestling is a fun game with simple graphics, but very much addictive. Enjoy the action-packed entertaining game on your Android. Perform as a superstar and execute all the moves that you can see in real wrestling battles. Challenge anyone from the locker room and dominate opponents by executing moves such as dropkicks, backbreaker, DDT, Piledriver, Chokeslam, Suplex and more perfectly. Also, use chairs to intimidate your opponents.

There are three different modes including Rumble, Solo career and Tag Team to compete in with other wrestlers. Throw your opponents over the ring and stand tall as last man standing in Rumble mode. However, you can fight for the title in tag team and solo career modes. Earn the respect of the wrestling fans and be the man to defend your title any time. You can simply win by pinfall, tap out or submission. Download app now to enjoy the most chaotic action of Rowdy Wrestling.

* Simple and easy to play
* 3 different playing mode (Rumble, Solo career, Tag Team)
* Compete in a title match to create your own dynasty 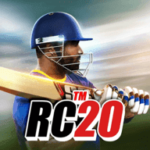 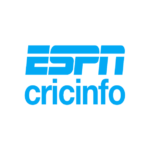