Are you good at shooting and ready to pinpoint your target? Do you trust your reflexes and skills? Then join the party now. Critical Ops is bringing an action-packed counterstrike operation where you perform either as a counter terrorist or act as a terrorist. Since it is a fast-paced shooting game, it will definitely test your reflexes. Play individually or with friends to take control over your enemies. Enjoy the thrill either by causing panic or by neutralizing those who create panic.

Though this game is still in the development process you can enjoy all the action just like a fully developed game offers. The graphics are beautiful, smooth and sleek. New audio effects are available in this new version including, audio for movements, change of weapon, weapon drop, weapon throw, damage, and death etc..  You can also change the skins of the weapon that suits. However, it’s developer’s team is always striving hard to make it better and stable for users. So, get ready to grab much more.

In addition to that, Critical Ops fun to play-game with easy controls featuring only two game modes named as Defuse and Team Deathmatch. While in Defuse mode, plant a bomb to create panic as a terrorist or try to restore peace by preventing the bomb to explode as a counter-terrorist. Whereas the Team Deathmatch you need to compete up against the fierce enemy to stay on top of your deadly foe. Both of the teams compete for their command over each other within a given frame of time. There is one more mode recently have been updated C-OPS named as the Game Gun.
So, enjoy the new action thriller of the year 2018! 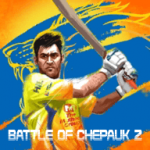 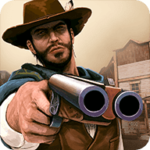